We mentioned in the previous post that covalent bonds are formed by sharing a pair of valence electrons between two atoms. 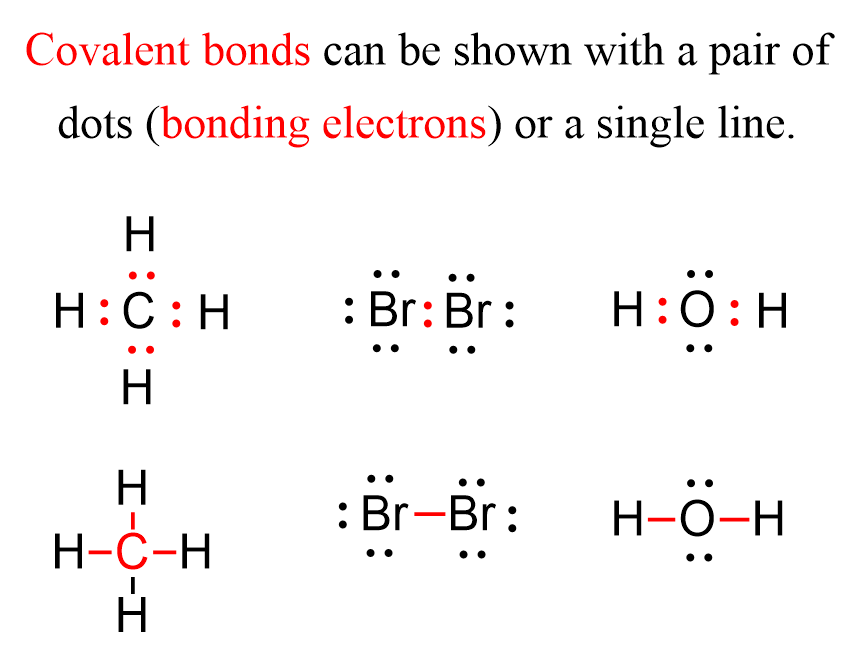 Six of the seven valence electrons in the chlorine atom are paired in three filled atomic orbitals and therefore, are not shared in bonding with the hydrogen. However, the seventh valence electron of chlorine is unpaired and can thus be shared in forming a covalent bond with the hydrogen. By making one bond with hydrogen, the Cl atom gains a noble-gas configuration with eight valence-shell electrons.

Interestingly this not unique to chlorine only. Notice that there is a pattern in the Lewis structures where some of the atoms are surrounded by eight electrons:

This is an illustration of the octet rule which states that main-group atoms tend to form bonds until they are surrounded by eight valence electrons. The pattern of having eight valence electrons is characteristic of noble gases which all have a valence shell configuration of ns2np6 except He – 1s2. Remember that noble gases are inert as they are very stable and the reason for this is the completely filled electron configuration having 2 electrons in the s, and 6 electrons in the p level.

Exceptions to the Octet Rule

It is important to mention that the octet rule does not apply to all the elements. Quite the opposite, while it may be applicable to many elements in certain molecules, strictly speaking, it is exclusive to the nonmetals in the second row of the periodic table. That is B, C, N, O and Cl. These elements can never have more than eight electrons around them simply because they do not have available orbitals to accommodate electrons in the stable, bonding energy level. 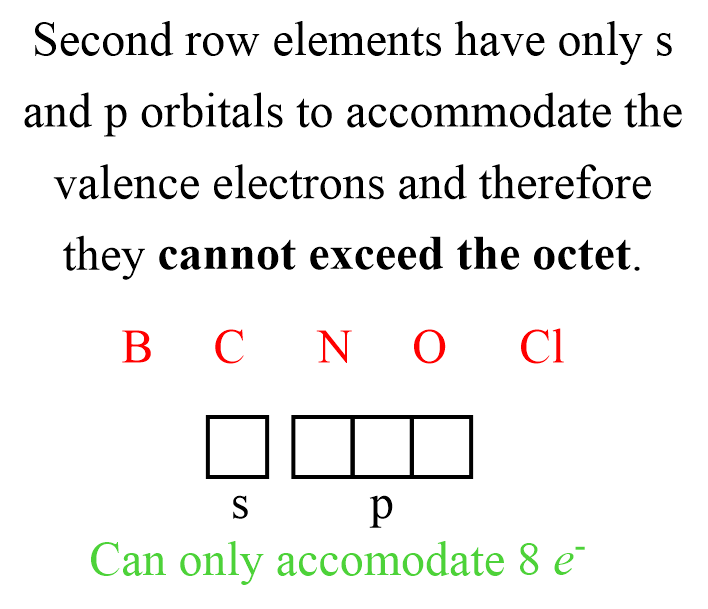 Elements from the third row and below can be surrounded by more than 8 electrons since they have the d orbitals available, and this case we say that they exceed the octet.

For example, sulphur in SO3 has three double bonds which corresponds to 12 electrons:

Atoms with more than eight electrons around the central atom are often called hypervalent. Some other examples of hypervalent atoms can be seen in PCl5, SF6, ICl4– and etc.

The Octet in Double and Triple Bonds

So far, we have seen how two atoms share a pair of bonding electrons which corresponds to a single bond. Now, when two pairs of electrons are shared, then a double bond is formed between the atoms. For example, in carbon dioxide, CO2, the carbon is connected with a double bond to each oxygen on the side:

Notice that the carbon and both oxygens have an octet because we count the additional bonding pair toward the octet of each atom.

Similar to this, when three pairs of bonding electrons are shared, a triple bond is formed between the atoms. A good example showing this is the structure of N2: 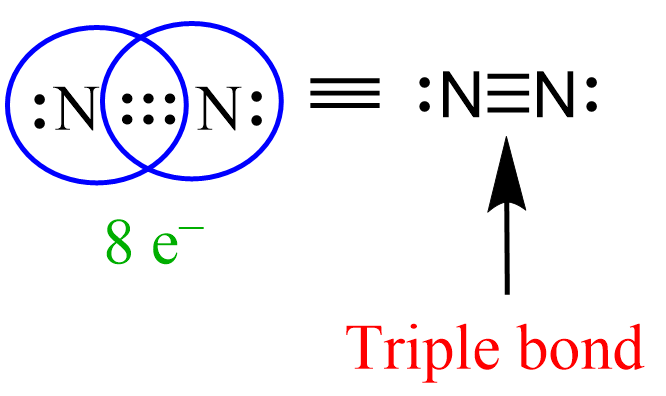 There are 6 electrons shared and a lone pair on each nitrogen which satisfies the octet rule for both of them.

The Octet Rule and Formal Charges

When atoms have more than or less than 8 electrons, they are often charged because of the imbalance between the positive and negative charges.

For example, the oxygen atoms in the phosphate ion are negatively charged because they only have one bond and instead of two lone pairs like in water, they have three lone pairs:

These are called formal charges, and we will devote a separate post to discussing them.