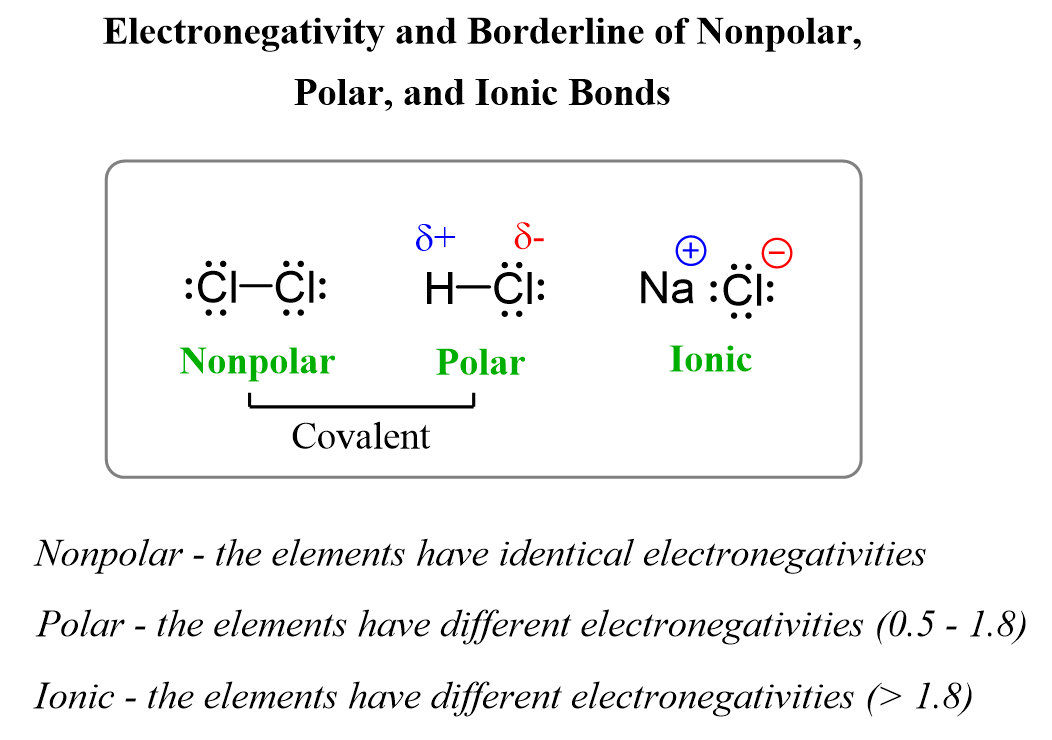 This may be a correct interpretation for some molecules where two identical atoms are connected, but it does not explain the experimental data showing that in many molecules the atoms have what’s called partial charges.

For example, if we place HF in an electrical field, it is shown experimentally that the molecules align such that the H points to the negative, and F to the positive field. 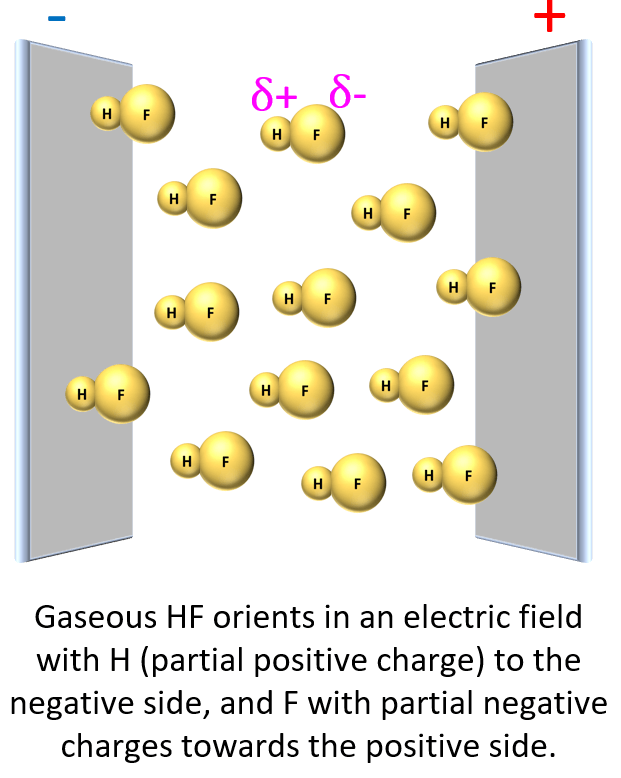 This suggests that the fluorine is more electron-rich than the hydrogen which, in turn, indicates that the electron pair is not equally shared but rather leans towards the F:

Now, the hydrogen and fluorine are not fully charged, otherwise we’d have an ionic bond. However, we can say that they are “a little bit charged”. This we call partial charges, and they simply show that one atom has a higher electron density that the other. So, in this case, F has a higher electron density, and therefore, it has a partial negative charge (δ-), while hydrogen is partially positively charged (δ+) as it is less electron-dense: 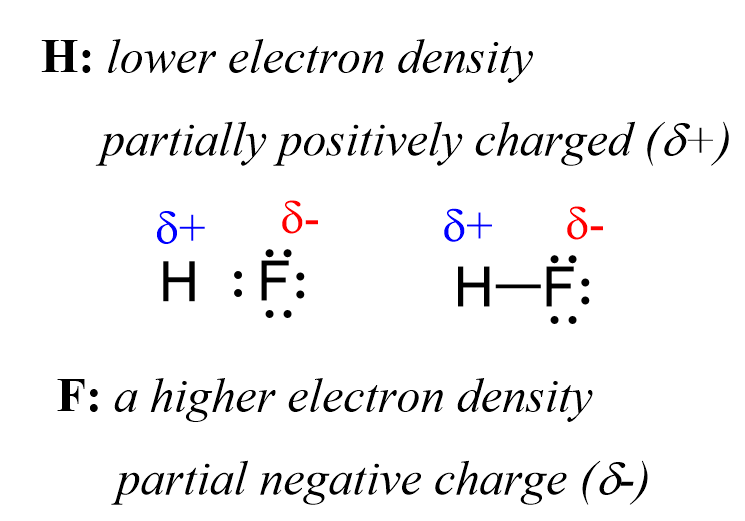 The H-F bond is considered a polar covalent bond because it forms between atoms with greatly different electronegativities. In contrast, when two fluorine atoms are connected, they do not have this unequal electron distribution, and the bond is classified as nonpolar.

So, why are the electrons shifted to the fluorine? This is explained by electronegativity which is the ability of an atom to attract electrons to itself in a chemical bond. 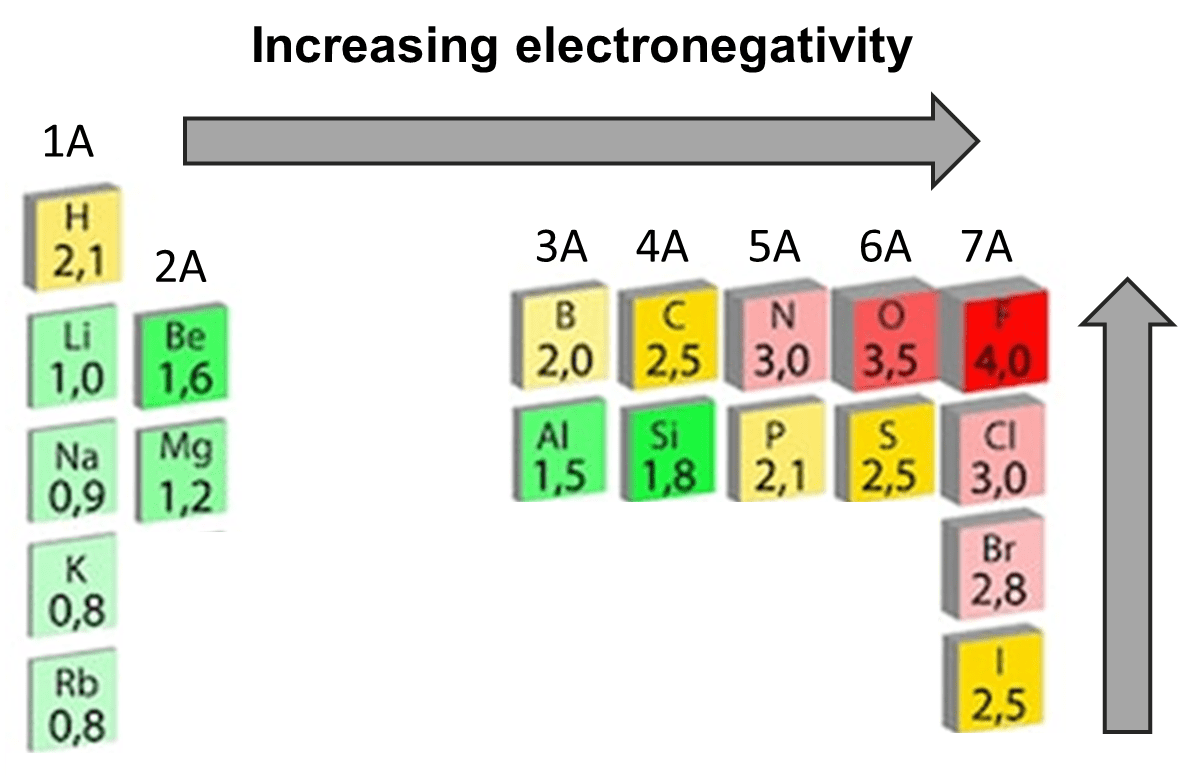 If we visualize the types of bonds we talked about so far, we can place an example of each and realize that the classifications essentially depend on the electronegativity of the atoms.

When the electronegativity is equal, we have a nonpolar covalent bond with no charges at all. As the difference increases, we now get to the polar covalent bonds where the atoms are characterized with partial charges. Lastly, when the difference is very large, the more electronegative atom simply takes the electron from the other atom, and two ions are formed which stick together because of electrostatic interactions.

Polar covalent bonds are also characterized by a dipole moment which is a vector quantity calculated by the product of the charge Q and the distance r between the charges:

Quantitatively, the vector moment is shown as an arrow on top of the bond pointing towards the more electronegative element.

Is the Bond Ionic, Polar, or Nonpolar?

It is possible to have a molecule with both polar and nonpolar covalent bonds. One of the most common nonpolar bonds is the C-H bond since it counts to most organic molecules. The C-F bond, on the other hand, is a polar covalent bond. So, in fluoromethane, CFH3, we have three nonpolar and one polar bond: 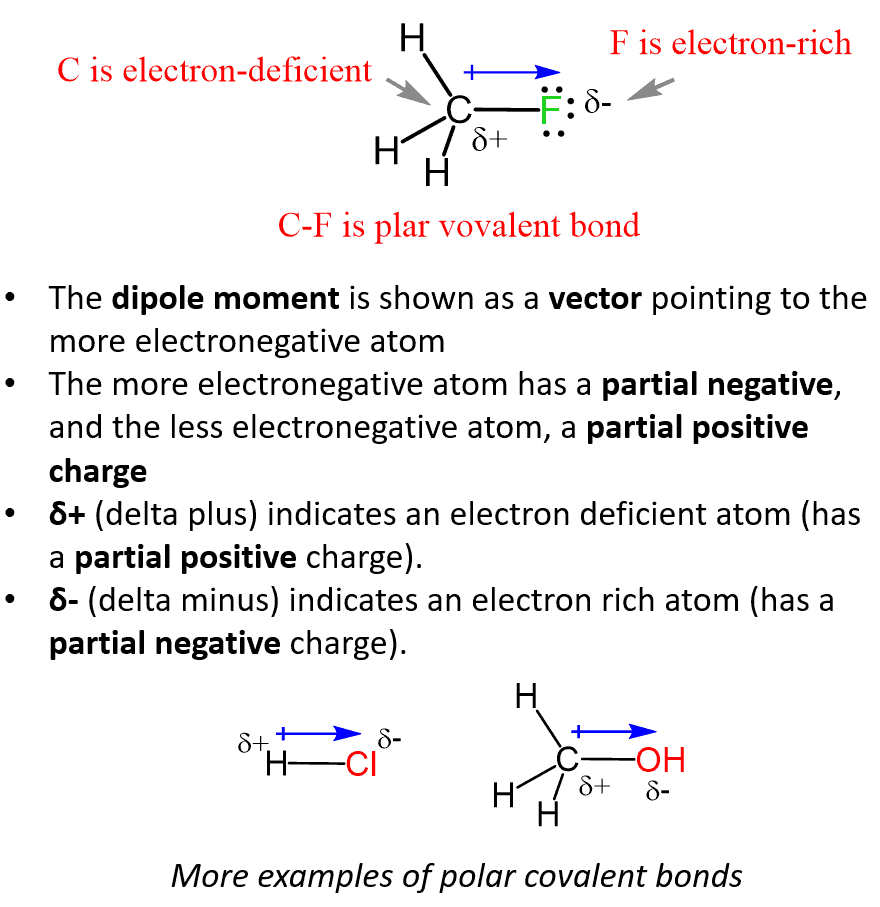 For example, in fluoromethane, shown above, the fluorine atom has the highest electron density and the carbon atom has less, so this is how the electrostatic map would look like:

As expected, the electron-rich F atom is in the red region since, being more electronegative, it pulls the electron density and thus makes the carbon atom electron deficient.