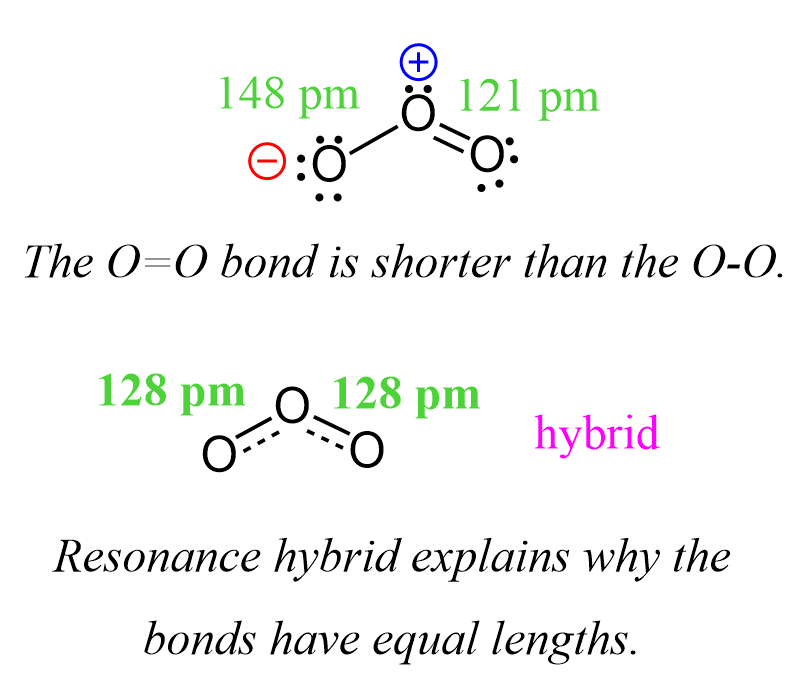 In the previous post, when discussing the formal charges, we mentioned it is possible to “shift” the negative charge on one of the oxygen atoms to another and obtain a new resonance structure:

What we want to remember first is that it is not the negative charge that we are shifting but rather it is the distribution of electrons that results in the two oxygen atoms being negatively charged interchangeably.

Notice that we are using a double-headed arrow and not two arrows like we did for reactions at equilibrium.

So, resonance transformations are formalities that show the electron distribution but they are not chemical reactions and therefore, we do not use single or double arrows.

Resonance Structures are Different Lewis Structures of the Same Compound

In resonance structures, no single bonds are broken and therefore, the connectivity of the atoms remains the same. This means it is the same molecule represented differently because the electrons are distributed differently.

For example, acetone can be represented with two Lewis structures since the connectivity of atoms stays the same and only the electron distribution is changed.

These are different Lewis structures of the same compound where only the distribution of the electrons is changed while the connectivity of the atoms remains the same. As long as we keep the atoms connected the way they are, we can change the electron distribution in the molecule and show it in more than one form. Again, this movement of electrons should not result in breaking or making single bonds because that changes the structure of the molecule.

The arrow shows the direction of electron flow. Pay attention that the tail starts from the middle of a lone pair or a bond and the head stops on a specific atom or middle of a bond.

In general, the following two rules must be followed when drawing resonance structures:

1) Do not exceed the octet on 2nd-row elements.

2) Do not break single bonds 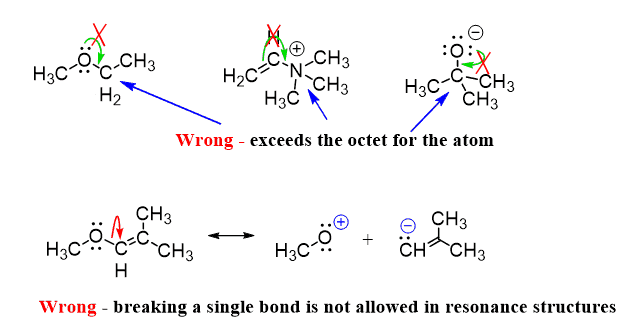 Curved arrows are used a lot more often in organic chemistry and you can learn about them in this post. However, applying the same principles, we can draw resonance structures for molecules and ions in general chemistry.

For example, let’s use curved arrows to show the movement of electrons in the resonance forms of ozone:

Notice that the arrow starts from the middle of the electron pair.

We can draw more resonance structures, for example, for the carbonate ion since it has more oxygen atoms connected to the carbon:

So, the negative charge is spread among three oxygen atoms.

I know that I have just told you that curved arrows show the movement of electrons, but I also need to tell you something that goes against this. 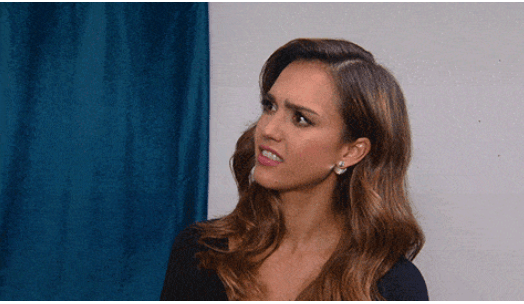 Think about a hybrid fruit nectarine. It is a mix of a peach and a plum and to explain its color, texture, and taste, we refer to the individual fruits.

The accurate representation of the molecule is given by the resonance hybrid.

Having the resonance forms in brackets is to indicate that they represent one entity, which is the resonance hybrid where the charge (electrons) is spread over more than one atom.

Why do We Use Resonance Structures?

For example, the O=O bond is 121 pm, while the O-O bond is 148 pm. However, it is confirmed experimentally that both oxygen-oxygen bonds in ozone are 128 pm which suggests that we do not have a separate single and double-bonded oxygen. The bonds are rather a mixture and therefore the lengths are in between which can be explained by the resonance transformation or the resonance hybrid.

In general, the more resonance forms it has, the more stable the molecule is said to be because the delocalization of electrons lowers their energy. In a simple way, you can think of charges are hot objects which are better handled with two hands than one: 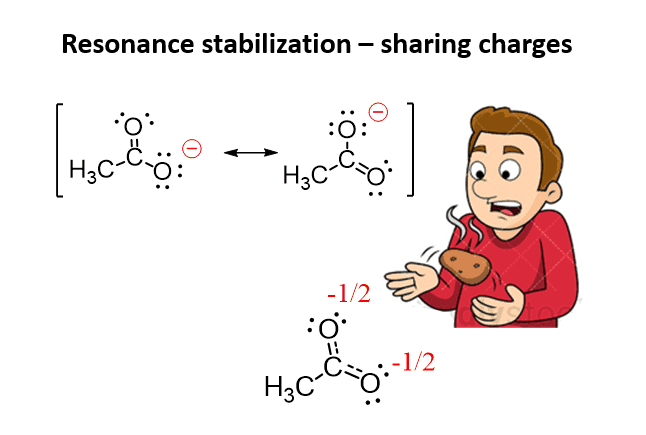 The resonance stabilization is covered more in organic chemistry and you can read about it here when taking the class.