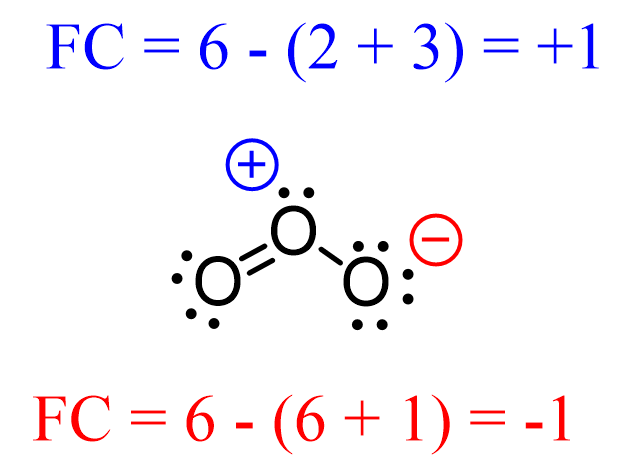 In the previous post, we talked about the covalent bond and mentioned that sometimes, depending on the number of bonds, the given atom might have either a positive or a negative charge.

For example, the oxygen in water has no charge, however, in the hydroxide ion, which is the most common species acting as a base, bears a negative charge: 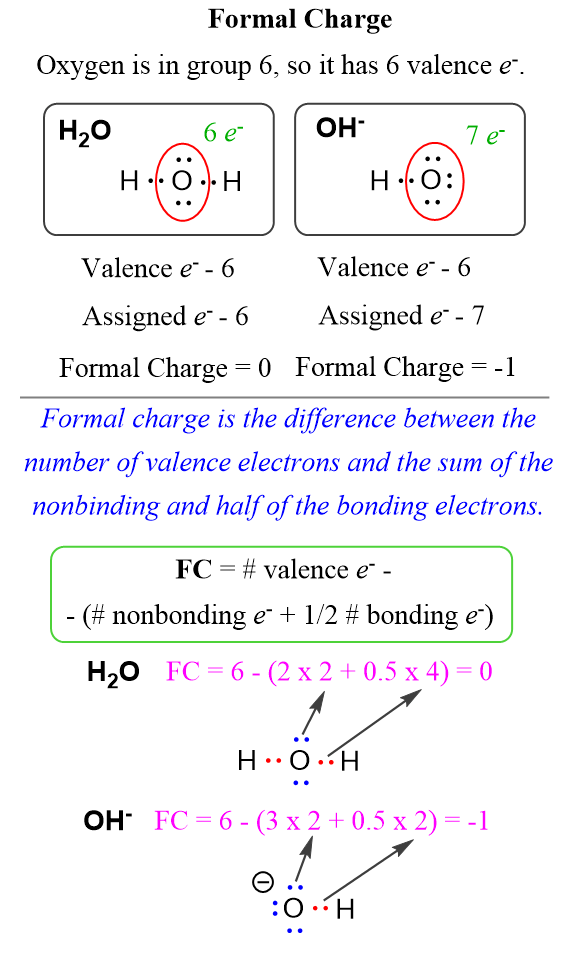 The Formal Charge of Ions

Let’s consider the phosphate ion, PO43-. It has a formal charge of -3 which is the sum of -1 charge coming from each oxygen. And we can see from the Lewis structure of the ion why the oxygen is negatively charged. The reason is that they only have one bond and instead of two lone pairs like in water, they have three lone pairs:

Atoms can also be positively charged if they do not have enough electrons to match the number of valence electrons. For example, below is an acceptable Lewis structure of ozone (O3):

The oxygen in the middle is positively charged because although it has an octet, it still owns less than 6 electrons:

Notice that unlike the oxygen on the right, the one on the left has no formal charge since it follows the standard valency of oxygen. That is 2 bonds and 2 lone pairs.

So, the question is, can the electrons be redistributed such that the negative charge is passed on to this oxygen?

And the answer is yes, they can and that is what we call resonance structures. These are different Lewis structures of the same compound where only the distribution of the electrons is changed while the connectivity of the atoms remains the same. We will discuss the resonance structures as well as they are used in organic chemistry in the next article.