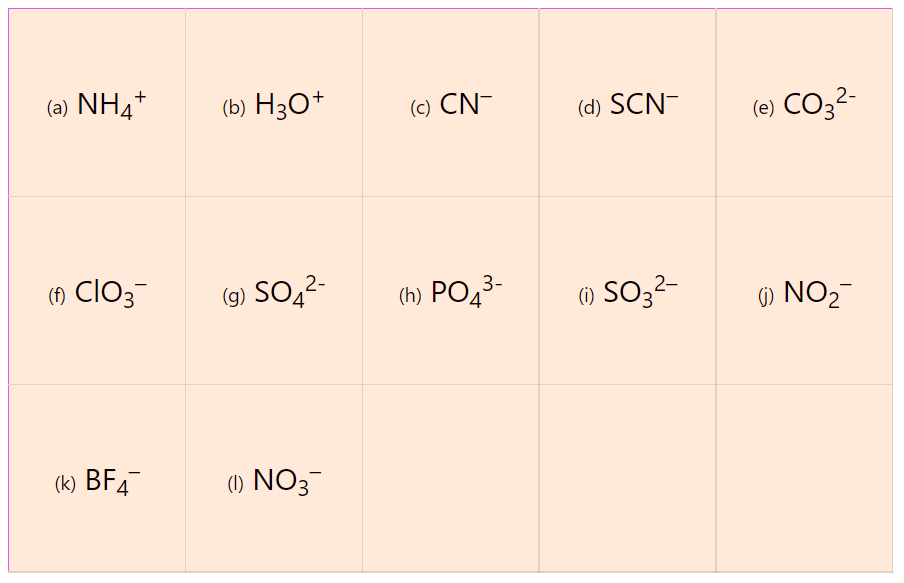 We know that the formation of covalent bonds is achieved by an overlap of orbitals between two atoms that share a pair of valence electrons. The bonds are most often shown with either two dots or a line, and these representations are called Lewis symbols or Lewis structures.

So the bonds can be represented either with a line or a pair of electrons (two dots) and therefore, we can say that Lewis structures are electron-dot representations for molecules. Once we know this concept, it is relatively easy to interpret the structure. However, coming up with a reasonable Lewis structure from a formula is not as obvious. There are a few things to keep in mind when drawing a Lewis structure. These are the correct placement of the atoms in the molecule, determining the number of electrons involved in the bonding and non-bonding interactions, and keeping track of these electrons.

While hydrogen and the following elements have few electrons, the elements below the second row of the periodic table, have quite complex electron configurations and it may get challenging to find the right way of involving them in chemical bonding.  To make this easier and avoid any possible confusion, Lewis suggested focusing only on the valence electrons since the covalent bonds are formed by the valence electrons.

The number of valence electrons corresponds to the group number of the element.

For example, the following are the valence electrons for each element.

In short, these are the steps you need to follow for drawing a Lewis structure:

1.  Write the correct skeletal structure for the molecule.

*   Hydrogen atoms are always terminal (only one bond)

2. Sum the valence electrons from all the atoms.

3. Use a pair of electrons to form a bond between each pair of bound atoms.

4. Add the remaining electrons to satisfy the octet for a more electronegative atom first.

5. If any atoms lack an octet, make a double or triple bond to give them an octet.

Now, let’s go over these in more detail by drawing the Lewis structure of HCl.

And in general, as well, remember to always put the hydrogen on the periphery because it has one electron and can only make one bond.

You can see the bonding patterns of the most common elements in organic chemistry in the valency and formal charges post:

This leaves us with six electrons:

So, six electrons go to the Cl:

Finally, check to make sure that the following elements obey the octet rule which applies to C, N, O, F, and all the other halogens. The octet rule states that some elements tend to have eight electrons around them, whether by bonding pattern or in their ionic form.

The bonding (shared) electrons are included in the electron count of each element:

Hydrogen does not follow the octet rule since it has one electron and can only form one bond which is referred to as the Duet rule.

In Lewis structures, the bonds can be shown either by dots or lines. For example, the previous structures can also be shown as follows:

Let’s now draw the Lewis structure of CO2. As always, the first step is to place the atoms correctly. Oxygen being more electronegative goes on the periphery:

One bond between the carbon and each oxygen takes 4 electrons and we have 12 electrons left:

Place 6 on each oxygen and check for the octets:

The oxygens have 8 electrons. However, the carbon has only four and in these cases, you need to move one of the lone pairs, from the element that has an octet, to the element lacking an octet to make another bond:

The same is done for the other carbon since it still lacks an octet:

At this point, all the atoms have 8 electrons. Notice that there are four electrons between the carbon and each oxygen which means they make two double bonds:

For the third part, let’s see how to work around a problem with a larger organic molecule where the placement of atoms is given and you need to add the bonds and any possible lone pairs:

For example, draw an acceptable Lewis structure for the following compound: 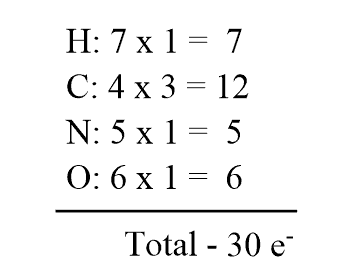 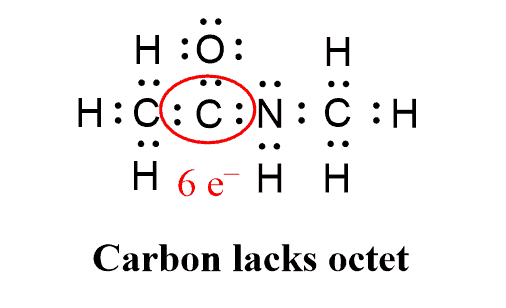 And this gives us the Lewis structure for this organic molecule.

Now, let’s pay attention to something interesting here. You may wonder why we did not move the lone pair from the nitrogen instead of the oxygen in the following way:

That is a good question and the answer is that it can be done, either way, i.e. we could have moved either of these lone pairs: 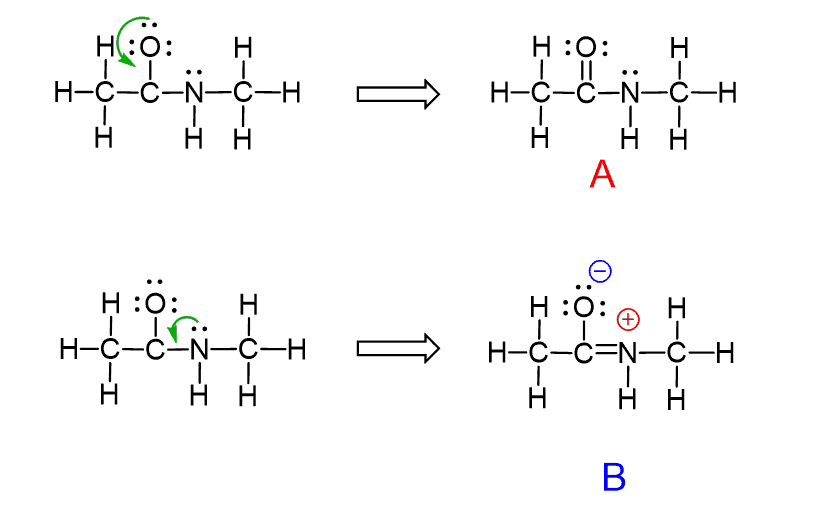 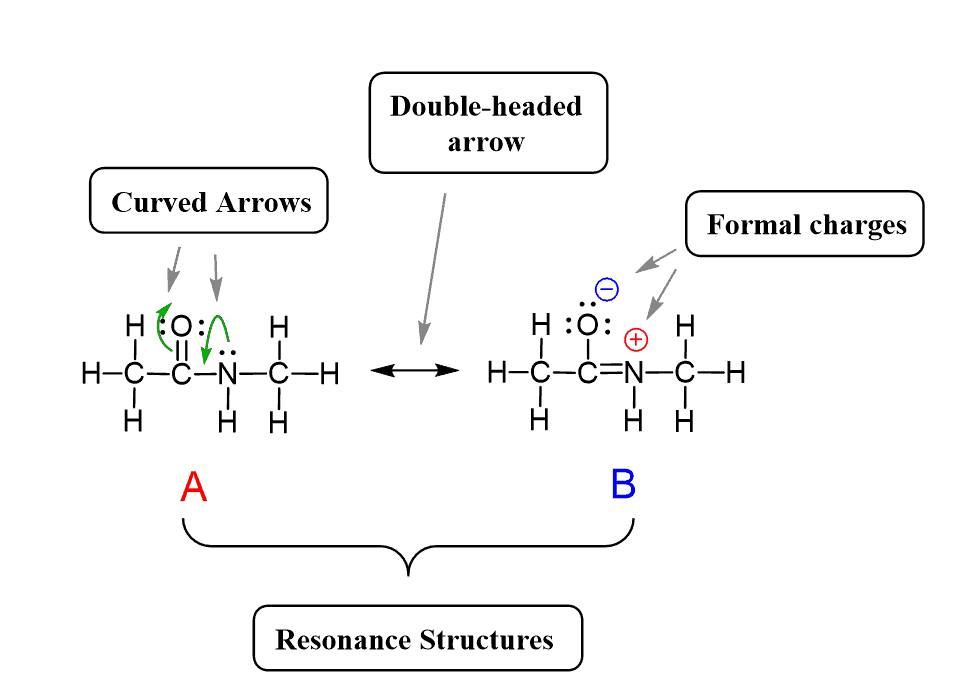 The arrows that show the movement of electrons in resonance forms are called curved arrows which are used more often in organic chemistry.

Notice also that the oxygen and the nitrogen are charged in the resonance form B. These are called formal charges.

Check the following posts with practice problems for these important concepts:

Determine the Lewis structures of the following molecules:

Select the correct Lewis structure for the formula C3H8 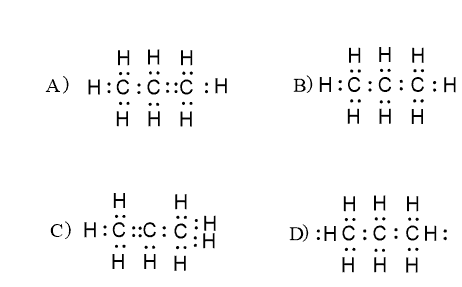 Select the correct Lewis structure for the formula C2H2

answer
The answers and solutions to practice problems are available to registered users only. Click here to Register!
Forgot Password
5.

Select the correct Lewis structure for each of the following carbocation: 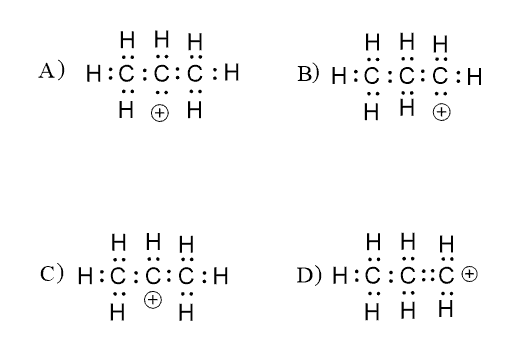 answer
The answers and solutions to practice problems are available to registered users only. Click here to Register!
Forgot Password
6. 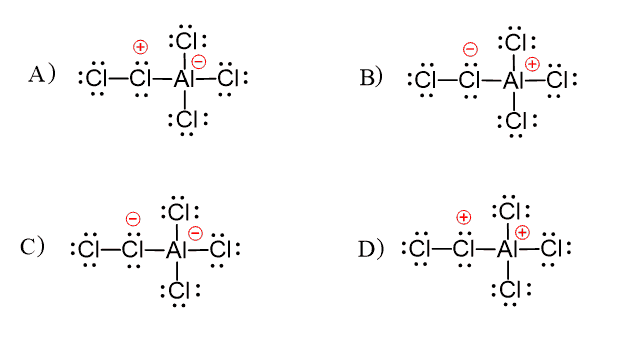 answer
The answers and solutions to practice problems are available to registered users only. Click here to Register!
Forgot Password
7.

Identify an acceptable Lewis structure for the following compound: 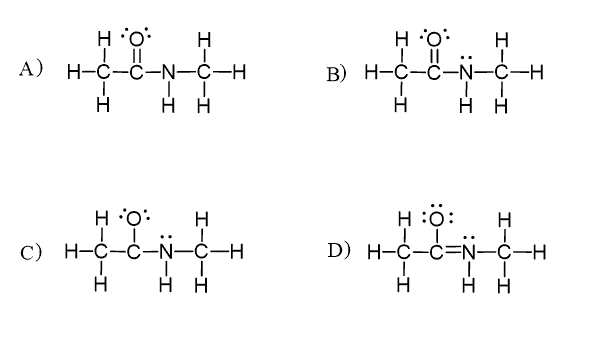 answer
The answers and solutions to practice problems are available to registered users only. Click here to Register!
Forgot Password
8.

Select a structure(s) that contains an atom with an incomplete octet: 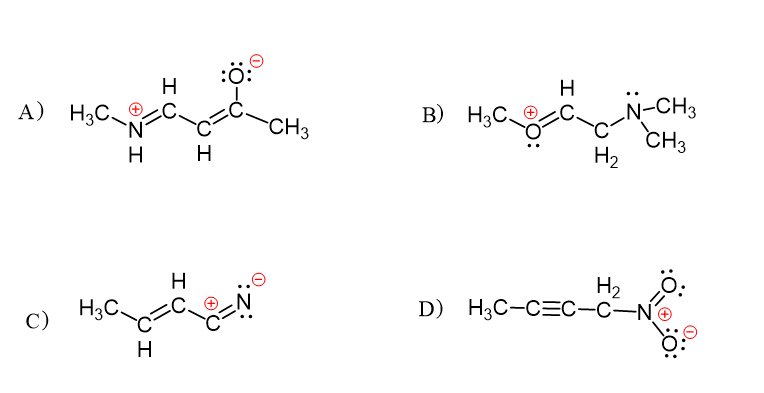 answer
The answers and solutions to practice problems are available to registered users only. Click here to Register!
Forgot Password
9.

Which atom is missing a lone pair in the following structure? 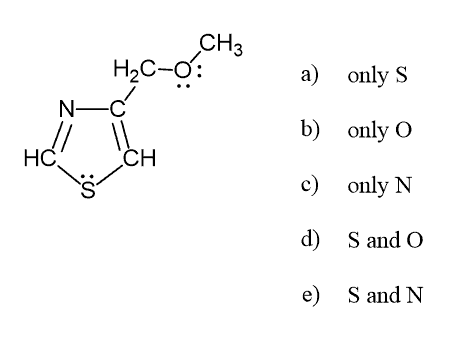 answer
The answers and solutions to practice problems are available to registered users only. Click here to Register!
Forgot Password
10.

All of these are correct Lewis structures except: 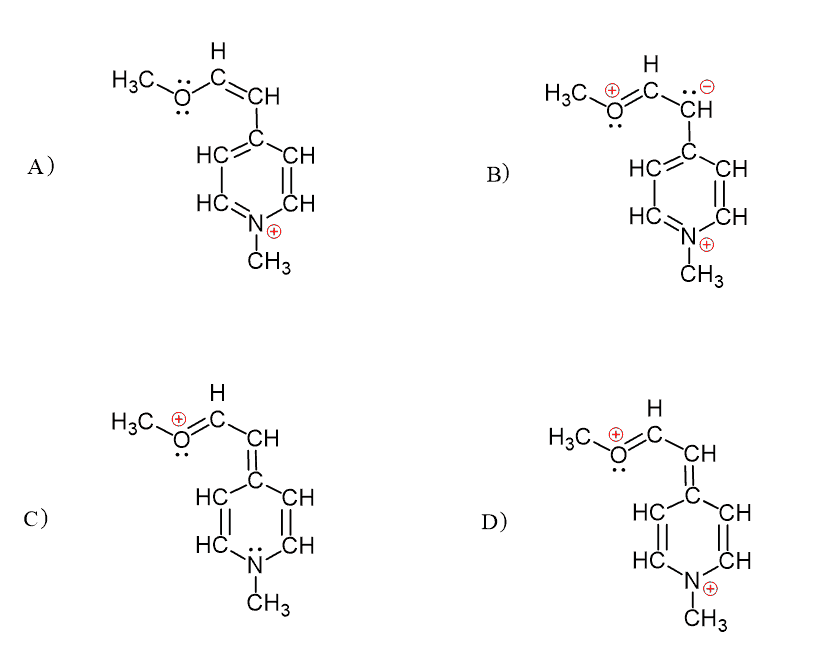