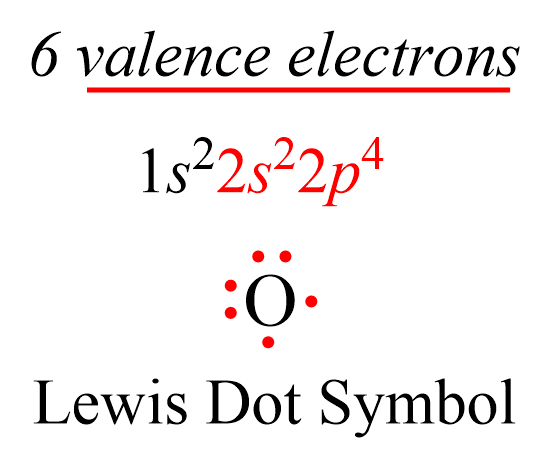 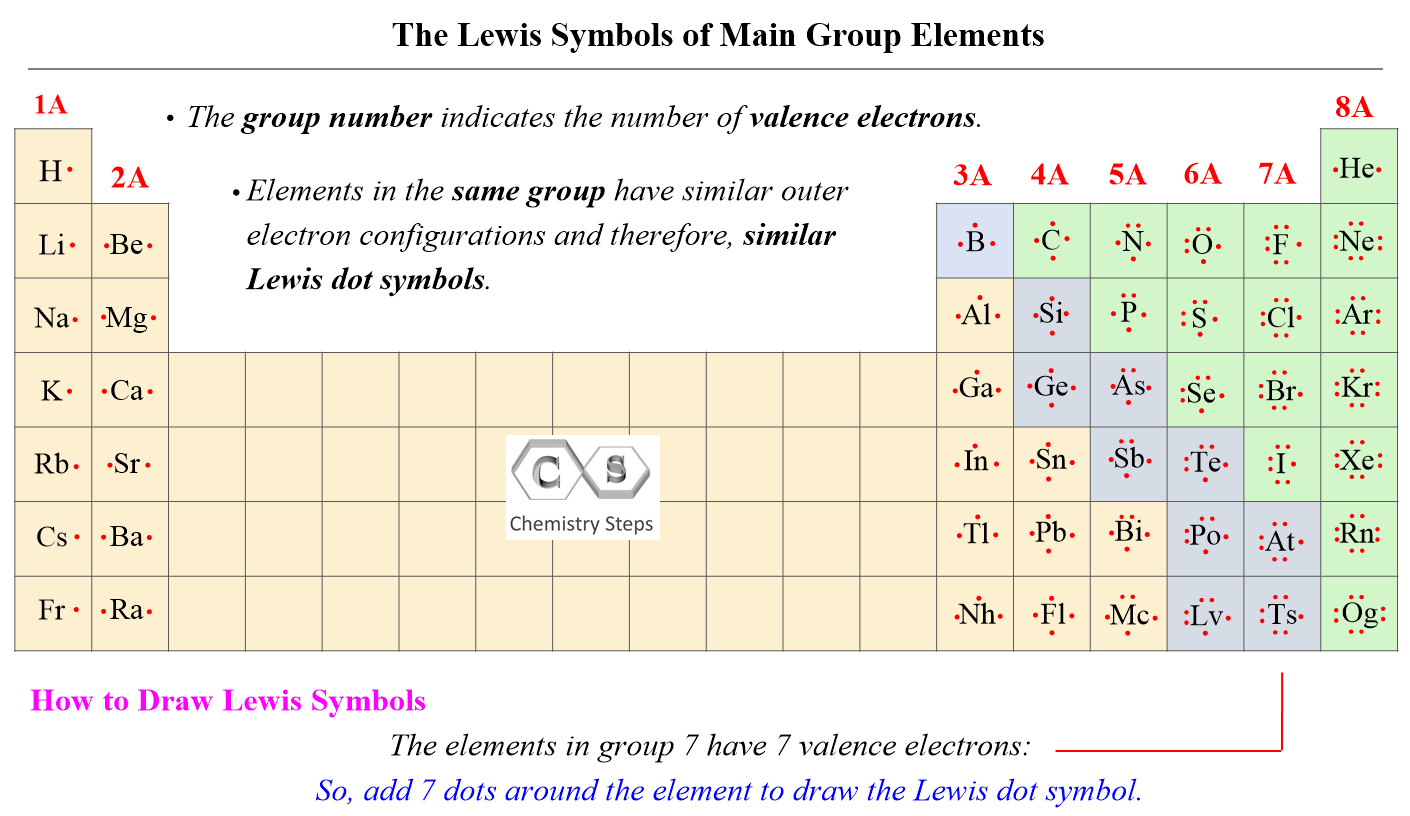 Notice that the only exception when the number of valence electrons does not match the group number is helium. Transition metals, lanthanides, and actinides all have incomplete inner shells of electrons, and therefore, we cannot in general write simple Lewis dot symbols for them.

Why Do We Need Lewis Symbols?

Lewis dot symbols show the number of valence electrons and therefore, they are in the basis of understanding the principles of chemical bonding which originate by sharing these electrons between different atoms. These notations are needed to draw Lewis structures that demonstrate the connectivity of atoms in molecules as well as resonance structures which show the distribution of electrons on the molecule. Below are some examples of Lewis structures of simple and some larger organic molecules which we are going to discuss in the next article: