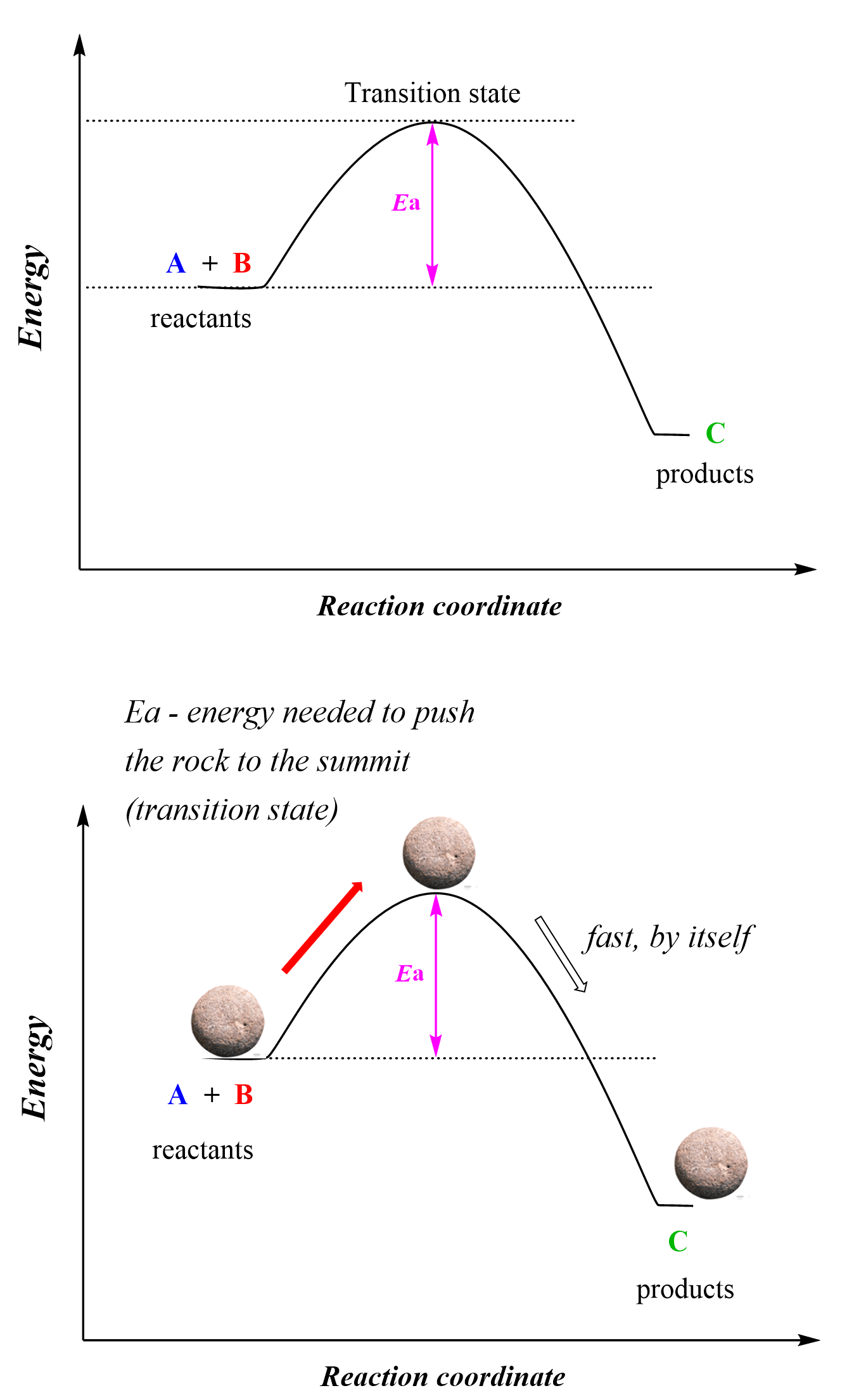 A chemical reaction between two molecules occurs when they collide with proper orientation and sufficient kinetic energy. During the collision, the kinetic energy is used to stretch, bend, and ultimately break bonds, initiating the chemical reaction where new bonds and therefore, new compounds are formed.  This model was first suggested in 1888 by a Swedish chemist Svante Arrhenius who emphasized that in order for the molecules to react they must possess a certain minimum amount of energy which is called the activation energy, Ea, and is characteristic of each reaction at given conditions.

For example, the reaction between molecules A and B leading to the formation of C and D can be shown using the energy diagram below: 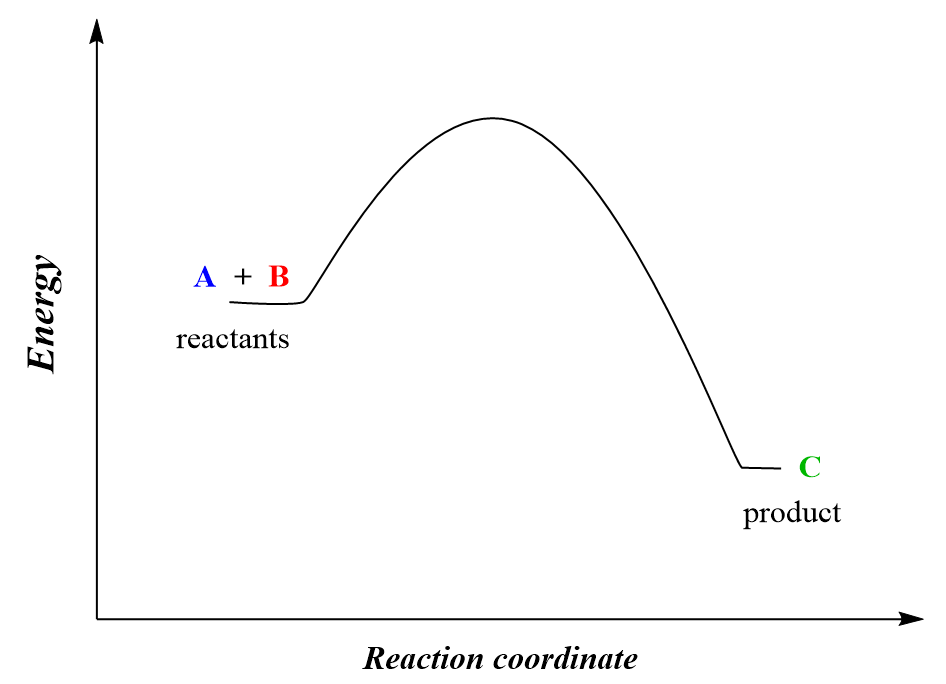 The energy diagram tells us that the products have lower energy than the reactants, so one might expect that this process should occur by itself because remember, all the systems/reactions/processes tend to move in the direction with lower energy. Dropping any object, turning the sand watch, an avalanche are a few examples of the system going to a lower potential energy state.

However, the reactants need to have sufficient energy to pass the hump and become products which is the activation energy:

For example, consider the following reaction (SN2 reaction you will cover in organic chemistry) between an alkyl halide and a hydroxide. The highest energy point is the transition state where the C-Br bond is broken and a new, C-O bond is being formed. To form a transition state (activated complex), the molecules had enough kinetic energy, collided, and overcame the activation energy (Ea) barrier. 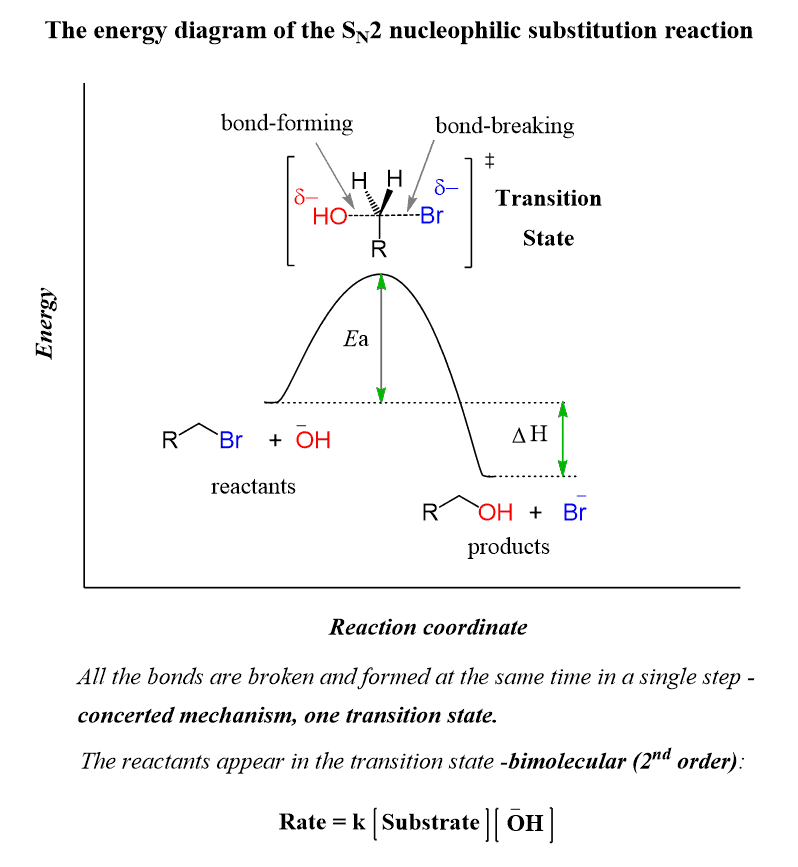 Lower the activation energy is achieved by using a catalyst, while the effect of temperature is described in detail by the Arrhenius equation. These will be the topics for our next discussions.