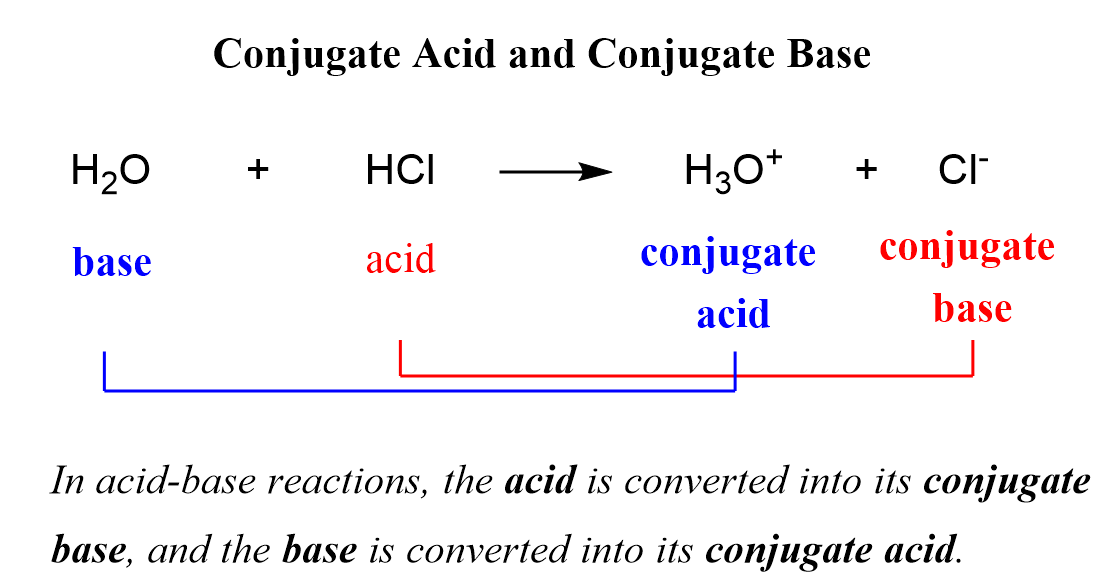 Conjugate Acid and Conjugate Base

So, why do we classify the products as acid or base?

One reason is that not all the reactions go to completion and therefore, an equilibrium is established where it is accepted to call the species on the left reactants and the ones on the right the products.

Remember, however, that the so-called products still react at equilibrium, and to avoid confusion in acid-base reactions, the terms conjugate acid, and conjugate base are used.

The notation of conjugate acid and a base is also largely used in organic chemistry where it is often needed to predict the direction of the acid-base reaction:

This is for later discussion if you are taking organic chemistry, however, you can read about it more here.