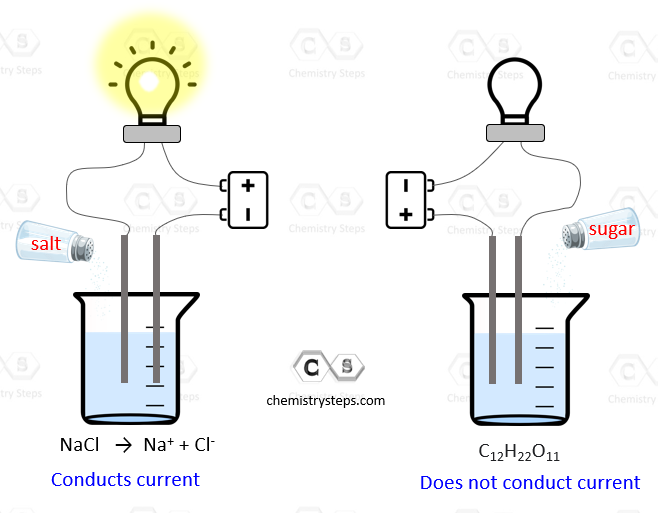 The aqueous solutions of nonelectrolytes, on the other hand, do not conduct electricity.

And we also said that this is due to dissociation of electrolytes into ions which support the electrical circuit when dissolved in water while nonelectrolytes do not dissociate, and their molecules stay intact.

Nonelectrolytes are molecular compounds where the atoms are connected only by covalent bonding and therefore, no ions are formed when they dissolve in water. Some examples of nonelectrolytes are methanol (CH3OH), ethanol (CH3CH2OH), glucose (C6H12O6), sucrose (C12H22O11), acetone, urea ((NH2)2CO) and etc.

To determine this, use the following rules for different combination of cations and anions that make the salt: 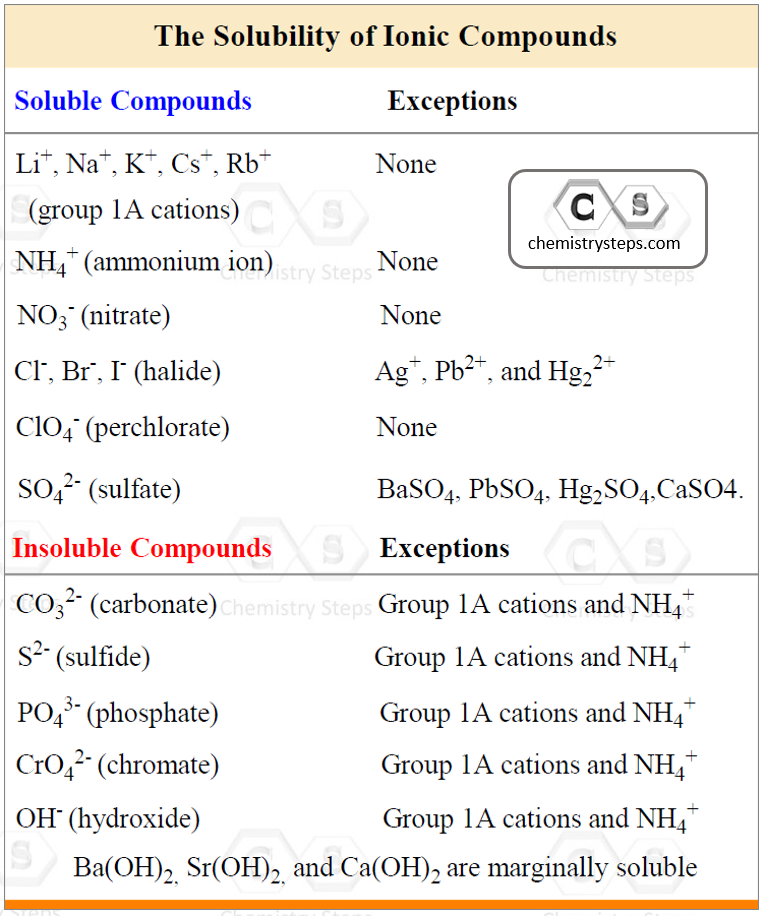 Using the information in the table, let’s determine, for example, if Ca(ClO4)2 is soluble or not. The perchlorate ion (ClO4–) is listed as soluble with any cation without exceptions. Therefore, it is a soluble salt. This, in turn, indicates that Ca(ClO4)2 is going to dissociate into ions because it is an ionic compound:

We will cover the rules of writing dissociation equations in a separate post to be found here.

The dissociate equation of strong electrolytes in shown with a single arrow, while for weak electrolytes, a doble arrow is used indicating that the process is at equilibrium:

In most textbooks, weak electrolytes are marked as marginally soluble in aqueous solutions.