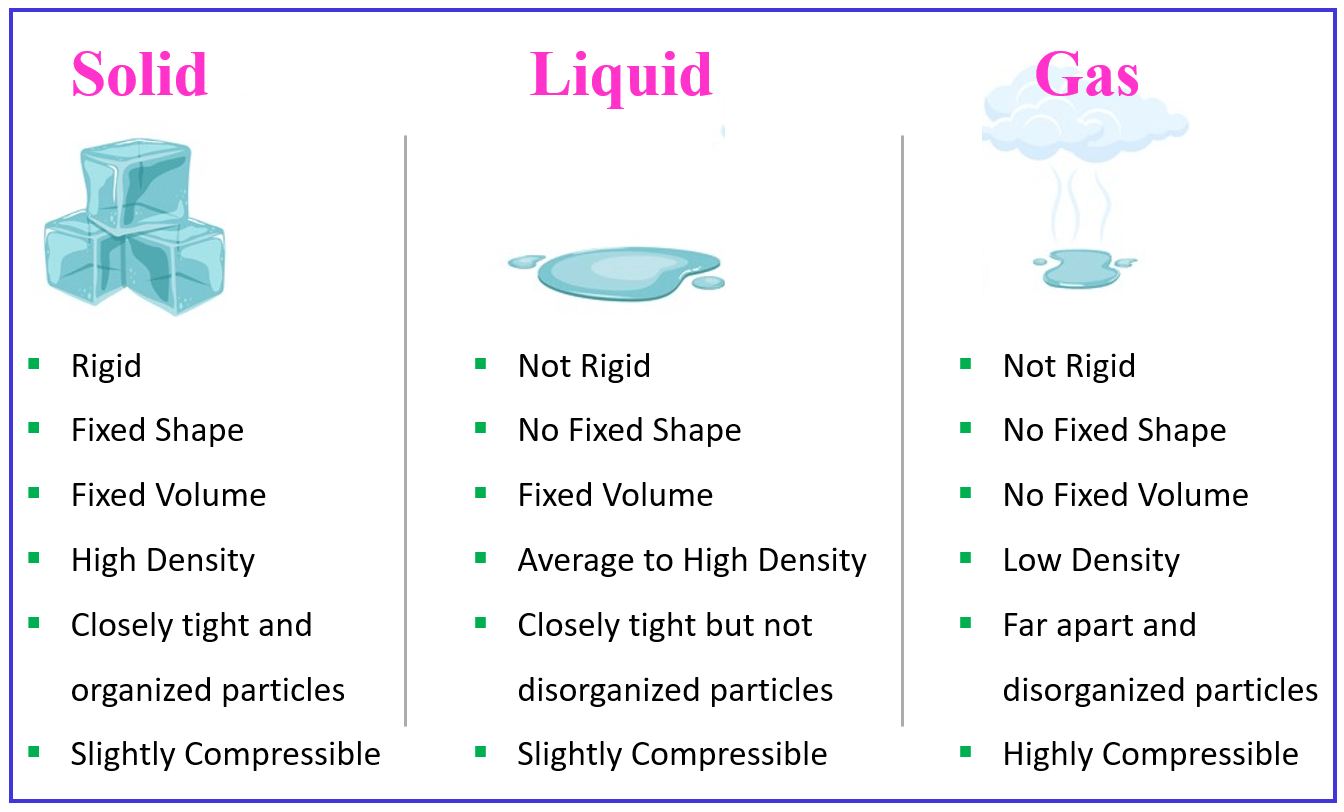 Matter exists in three main physical states: solid, liquid, and gas. Now, first in simple words: what is a solid, liquid, and a gas. On a visual level, we can identify them based on their shape and how they occupy space. A solid object, for example, a rock, a watch, or a ruler always has the same shape regardless of where we put it. A liquid or a gas, on the other hand, takes the shape of the container where they are placed.

For example, a rock is going to have the same shape on a table, in a beaker, or anywhere else. Water, which is the most common liquid in our life, will take the shape of any container that holds it: 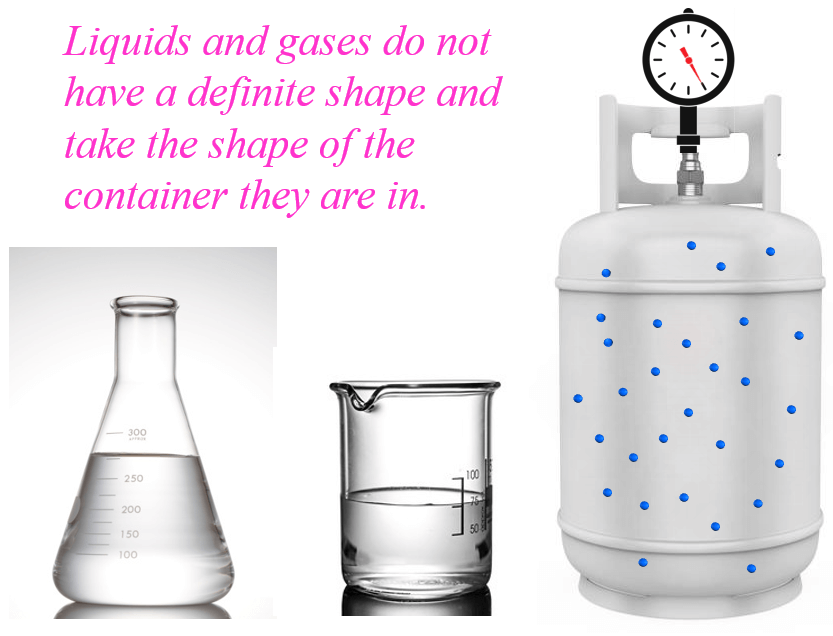 This is also true for gases. The air is everywhere around us and molecules that make it, mainly nitrogen and oxygen occupy the entire volume of any container, thus taking its shape.

So, what is the reason for solids, unlike liquids and gases, have a definite shape?

In the solid state, the atoms or molecules that constitute the matter are held tightly by intermolecular interactions. It is not to say that these atoms and molecules do not vibrate, however, they are mostly fixed in their position and do not move around or past each other. Because of this tight packing, solids have a higher density than liquids and especially gases. The only noticeable exception is water which has a higher density in a liquid state (∼1 g/mL at r.t.) than in the form of ice (∼0.917 g/mL).

Solid matter forms crystalline and amorphous structures. In crystalline structures, the atoms or molecules arranged in ordered patterns. For example, in sodium chloride (NaCl), the cations and anions are held together in a repeating order forming a substance with a very high melting point (801 oC). 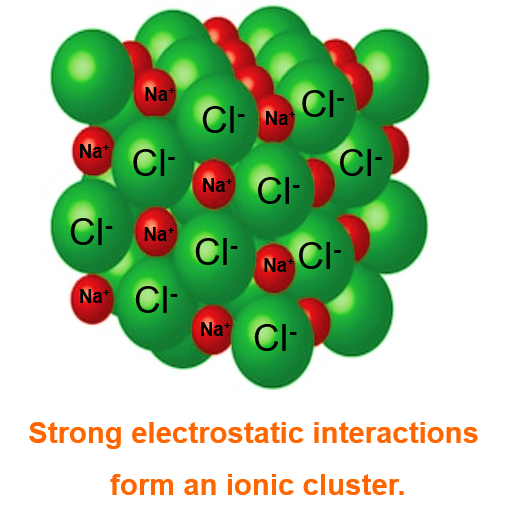 In an amorphous structure such as glass and plastic, the atoms or molecules are arranged randomly with no preheating patterns.

Let’s put together and discuss some of the general properties characteristic of solids, liquids, and gases.

We have talked about the shape of solids, liquids, and gases. Now, can we change them? Both liquids and especially solids have very low compressibility meaning we cannot change their shapes to a significant degree by applied pressure. Gases, on the other hand, are easily comparable because the distance between the atoms or molecules is extremely larger compared to their sizes. An illustrative example would be pressing the plunger of a pump. The air is compressed which increases the pressure of the system: 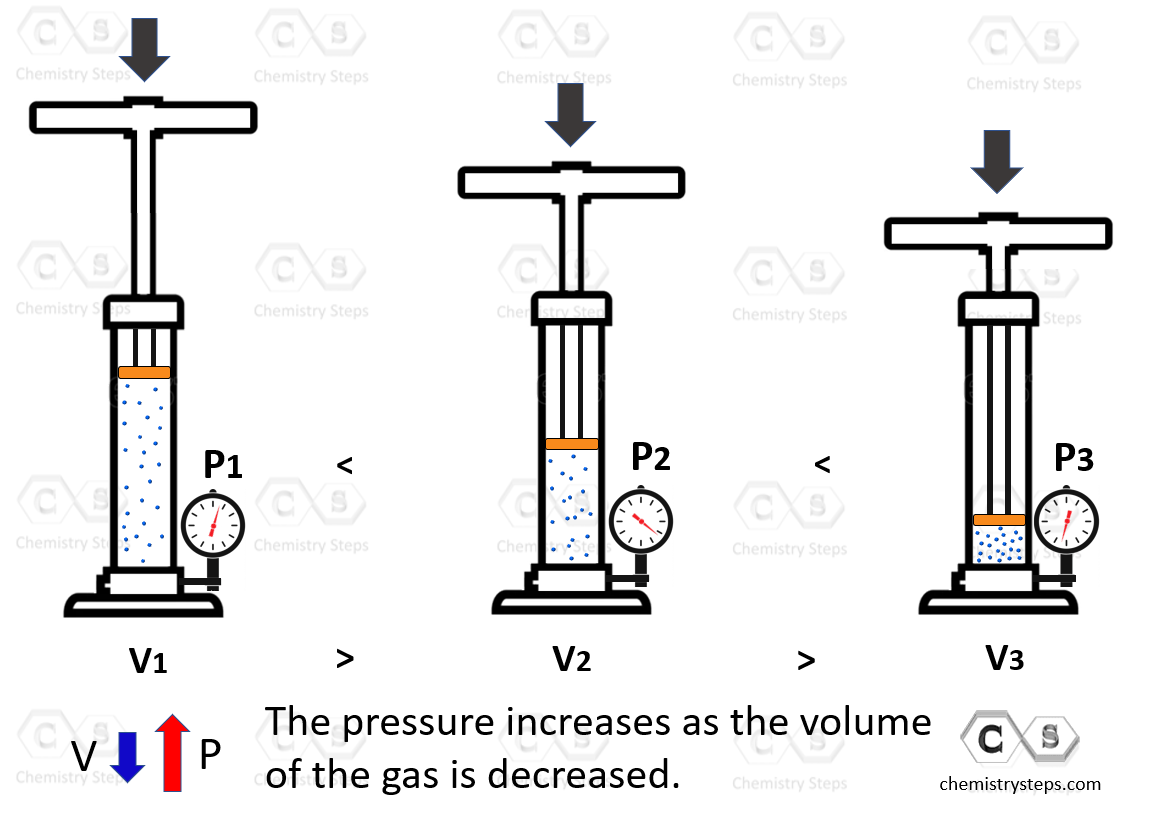 We will talk about the properties of gases later in the corresponding chapter.

On contrary, car brakes can press the disk firmly as press the pedal because the liquid in the tubes is not compressible.

Can We Change the States of Matter?

The states of matter are physical properties, and remember, physical changes are reversible mainly depending on the temperature.

For example, if we heat up an ice cube, it will transform from solid to liquid, then to a gas state this is a representation of phase change.

Each of these processes has a specific name. Melting or fusion is the transition from a solid to a liquid phase and requires heat, which makes it an endothermic process. The reverse process of solidifying is called freezing, and it is an exothermic process as the system needs to lose/release heat. 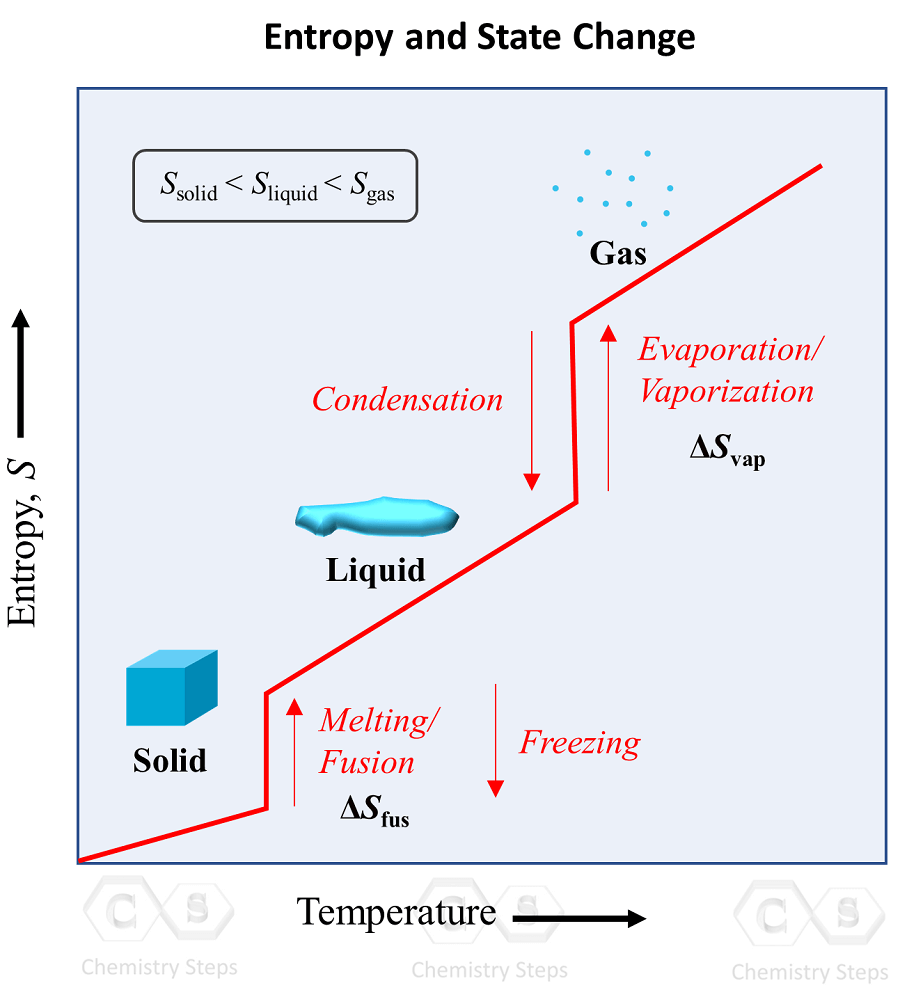 When the heat supply continues, the liquid now turns into a gas/stem, and this is called evaporation or vaporization. The reverse process where the gas converts into a liquid is called condensation. Do not worry about the entropy on the y-axis, as it will be discussed later on in the thermodynamics section.

Some substances, convert directly from a solid to a gas state in a process called sublimation. 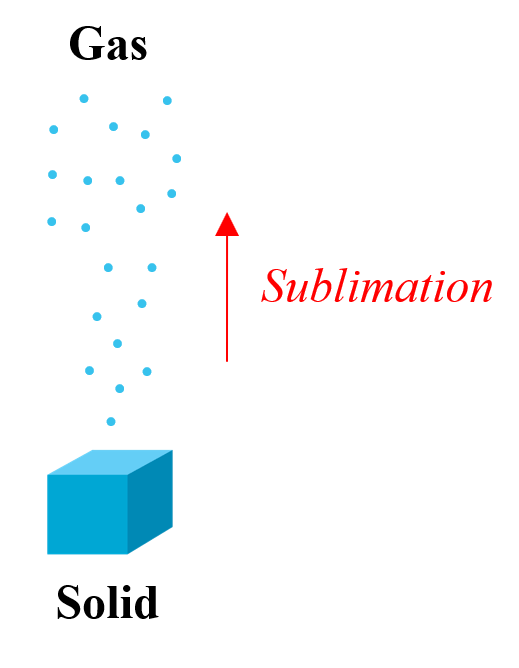 The most common examples are iodine and carbon dioxide. For this reason, carbon dioxide is called dry ice as it does not go into a liquid state. It is used in laboratories for carrying out experiments at low temperatures ∼ -78 oC and on stages for smoke effects.

The fourth state of matter is plasma which is an ionized gas where the ions and electrons make a neutral mixture. An important difference between plasma and ordinary gas is that plasma is electrically conductive. Although it is less common on our planet since it is artificially ionizing a gas, plasma is the most abundant form of matter in the universe associated with the Sun and other stars.

So, what are some examples of plasma in our everyday life, and how are they prepared?

To prepare a plasma, the gas is subjected either to high temperatures or electricity which expels some electrons from the gas molecules. When the electrons are combined back with the positive particles, there is the energy released in the form of light. This is how, for example, the neon lights and plasma displays work. It is, in a way, a mimic of the sun although the temperatures there are incomparably higher.

Lightning is an example of plasma on the earth’s surface.  results in a system that conducts electricity

So, these were the main concepts and properties of the states of matter that I wanted to discuss in this article.