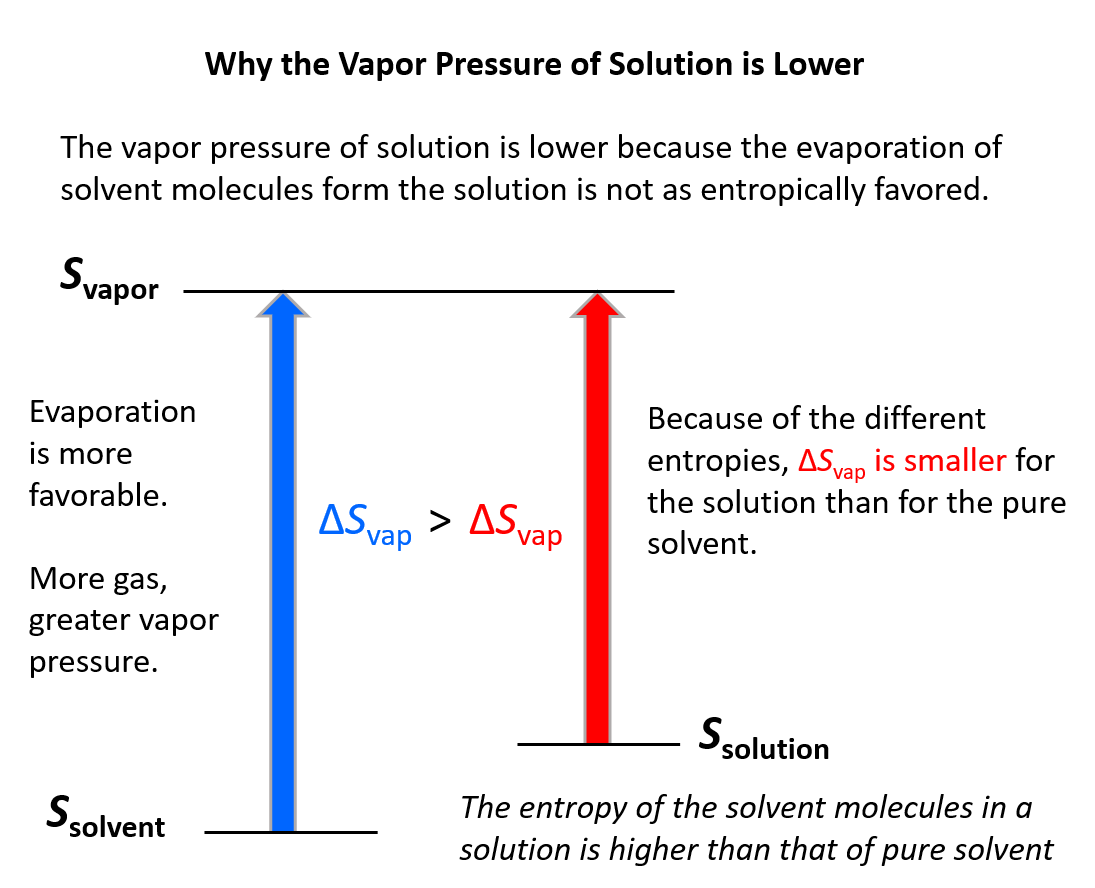 Now, because the solvent molecules have “a hard time” evaporating from the solution, the boiling point of the solution is higher than that of the solvent. Remember, the boiling point is reached when the vapor pressure of the liquid equals the external pressure. So, if the vapor pressure is lower, then it will take a higher temperature to bring it to the level of the external pressure.

We can also see this in the phase diagram of the solvent and the solution. It includes two regions of interest for the colligative properties. On the left side, is the freezing/melting point region, and on the right side, toward higher temperatures, we have the boiling point region: 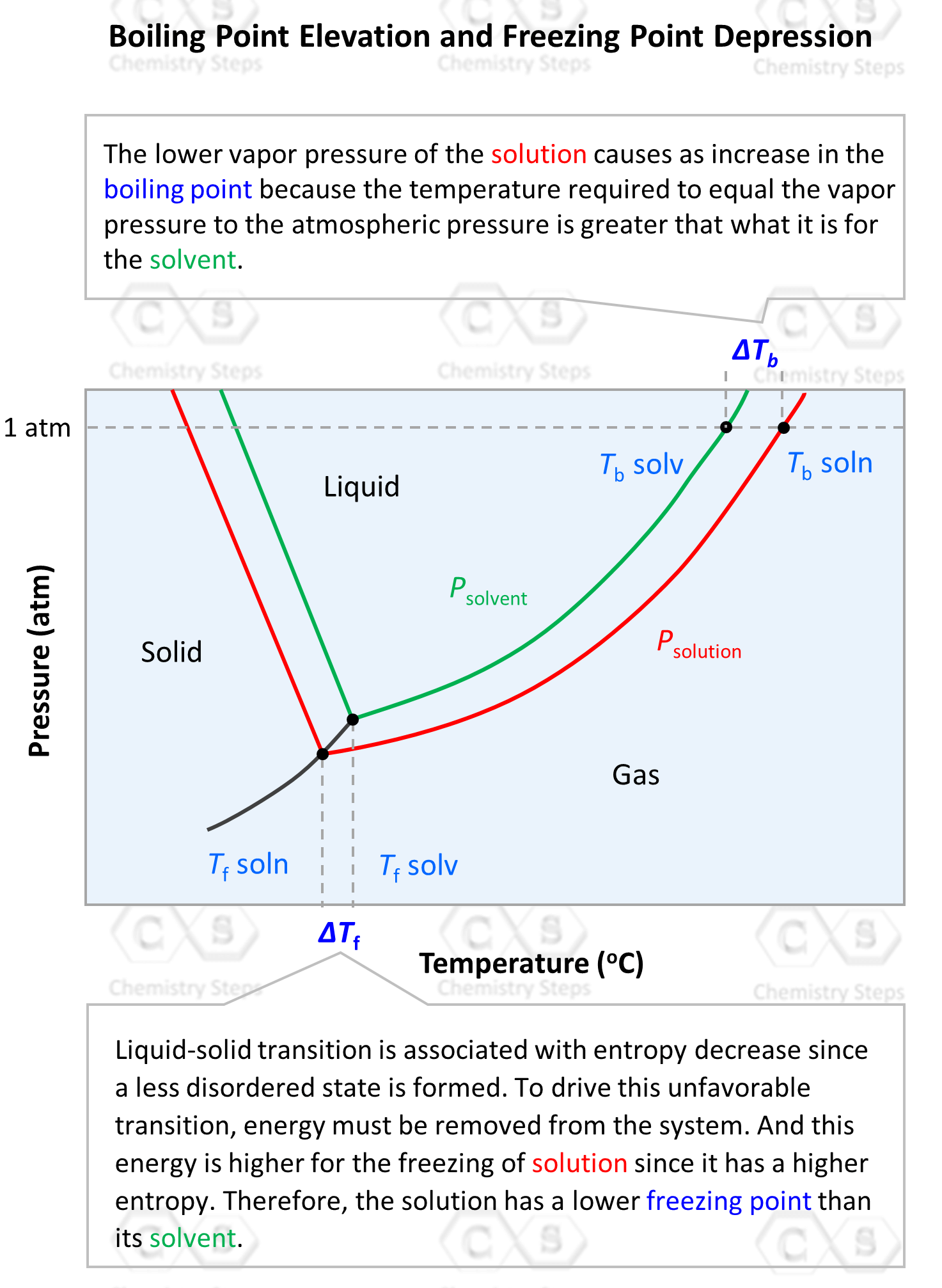 The boiling point elevation is calculated with the following formula:

Where Kb is the molal boiling-point-elevation constant characteristic of a given solvent. The values of Kb for some common solvents are given below:

m is the molality of the solute which is calculated using this formula:

For example, a solution is prepared by dissolving 75.0 g glycerin (C3H8O3) in 240. g water. Calculate the boiling point of the solution. Glycerin is a nonelectrolyte.

For the boiling point elevation, we use a similar formula with a different constant:

The moles of glycerin are calculated from the mass:

The molality of the solute is:

As in the case of vapor pressure lowering, When a strong electrolyte is dissolved in water, the concentration of the solute particles is given by the ions rather than the formula of the compound because strong electrolytes dissociate into ions in aqueous solutions.

So, if we dissolve 1 mole of NaCl in water it will dissociate into ions and two moles of ions will be formed:

In general, we can calculate the number of ions based on the formula of the salt. For example, 1 mole of MgBr2 is expected to produce 3 moles of ions because each formula unit contains one Mg2+ and 2 Br– ions. However, the dissociation of most ionic compounds does not occur at 100%,  and the solution of an ionic compound usually contains fewer particles than its formula suggests. The actual extent of dissociation can be expressed as a van’t Hoff factor (i).

For most ionic compounds, the van’t Hoff’s constant is determined experimentally, and will likely be given to you in the test. If it is not, and there is nothing mentioned about it, you can go based on the formula of the compound. For nonelectrolytes, it is assumed to be 1 as we do not worry about their negligible dissociation.

For example, calculate the boiling point of the solution prepared by dissolving 5.4 g FeCl3 in 36.0 g of water.

The boiling point elevation is calculated by the following formula:

The moles of particles from 5.40 g FeCl3 are calculated by multiplying the moles of FeCl3 by four since it dissociates into four ions:

The boiling point elevation would then be: