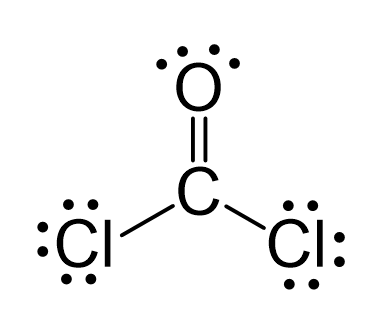 The carbon is the central atom, so we can draw a preliminary skeletal structure

There is a total of 4 + 2×7 + 6 = 24 electrons, and 6 are already used for making the bond. The remaining 18 go to oxygen and the chlorine atoms as lone pairs. Because the carbon lacks an octet, we use one lone pair from the oxygen to make a π bond with the carbon, and thus, a double bond is formed. 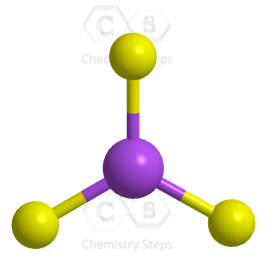 The central atom has three atoms and no lone pairs, therefore, both the electron and molecular geometries are trigonal planar.

The steric number (the sum of the number of the atoms and lone pairs) of the carbon is 3 which corresponds to sp2-hybridization.