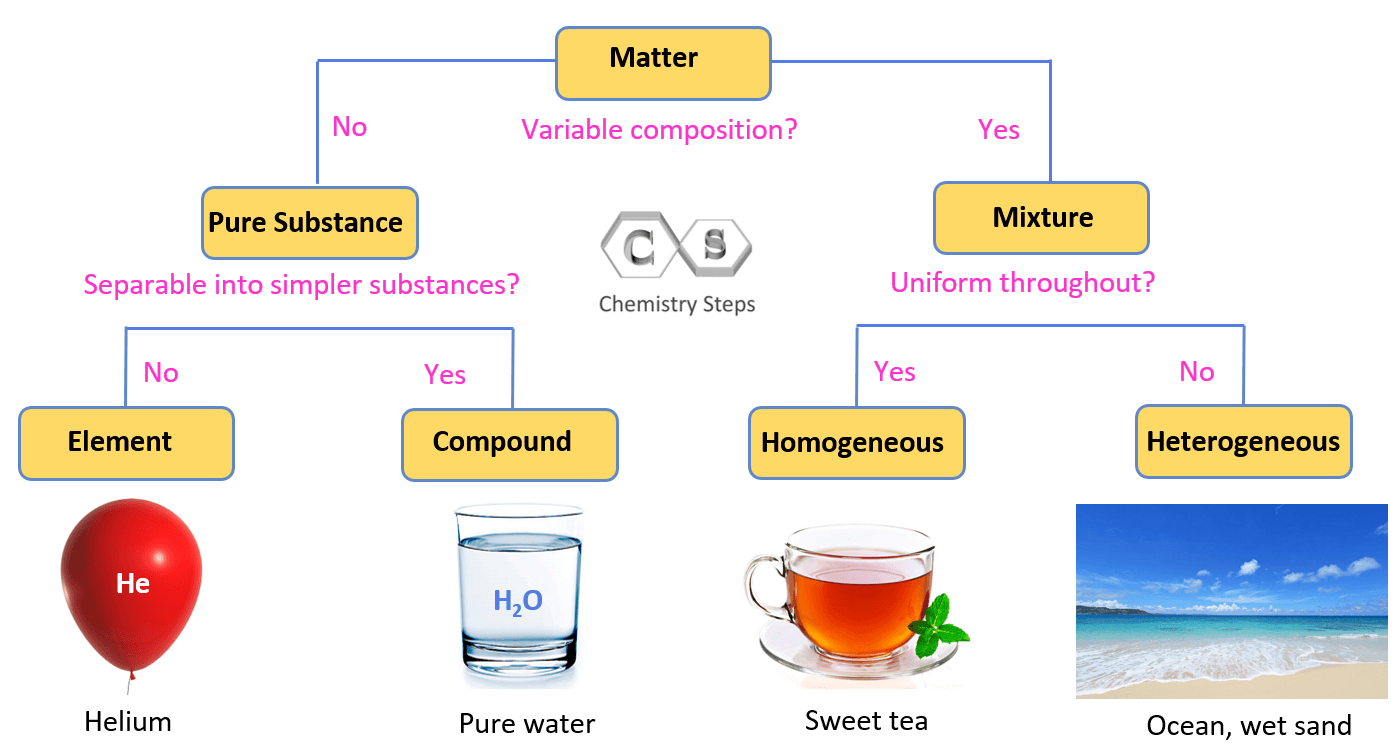 Let’s explain what mixture is in simple words without going into formal language. A mixture is something that is made by mixing two or more different things. Mixtures are everywhere we look. For example, you are sitting on the beach having a cup of coffee. Now, the sea is a mixture, the sand is a mixture, the coffee is a mixture, and any other drink you are going to have is also a mixture. The air you are breathing is a mixture as it consists of oxygen, nitrogen, carbon dioxide, and other gases in small quantities.

So, what is not a mixture then?

Well, if we take the oxygen gas by itself, it is not a mixture anymore. It is a pure substance, and more specifically it is a compound with the formula of O2. Other examples of pure substances would be hydrogen, water, and table salt (sodium chloride, NaCl) because they are all made up of only one component and their composition does not change from one sample to another.

The mixtures, on the other hand, can be separated into individual components. For example, a spoonful of sugar dissolved in water can be separated by evaporating the water. So, let’s put a flow chart showing how matter is classified into pure substances and mixtures:

Looking at the left side of the chart, we can see that a pure substance can be either an element or a compound. For example, we mentioned that oxygen is a compound as it consists of two oxygen atoms connected by covalent bonds. Another example can be water where two hydrogen atoms are connected to an oxygen atom.

Any monoatomic element that you can think of or find in the periodic table would be an example of an element.

Mixtures can be homogeneous and heterogeneous. To understand their difference, let’s think about how a cup of hot tea is different than a tea with ice cubes. The evident difference is that we cannot see the components of the hot tea, while the ice cubes in the cold tea can easily be distinguished from the other components of the tea. So, generalizing this, we can say that a homogeneous mixture (or solution) has no visible boundaries as it has the same composition throughout. Although most homogenous mixtures are liquid and it is a common perception that solutions can only be liquid, you need to know that solutions can be in the solid and gas state as well. For example, many alloys, polymer blends, and ceramics are solid solutions.

A heterogeneous mixture does not have a uniform composition and a boundary is visible among the components. Now, just because we do not see this boundary or boundaries, does not mean that it is a homogenous mixture. Sometimes, special apparatus is needed to spot them. For example, milk and blood are heterogenous mixtures even though we cannot see their components with the naked eye. Blood contains many components such as proteins, platelets, white blood cells, red blood cells and etc. that can be seen under a microscope. Other common examples of heterogeneous mixtures are most dishes, salads, yogurts, rocks, and minerals.